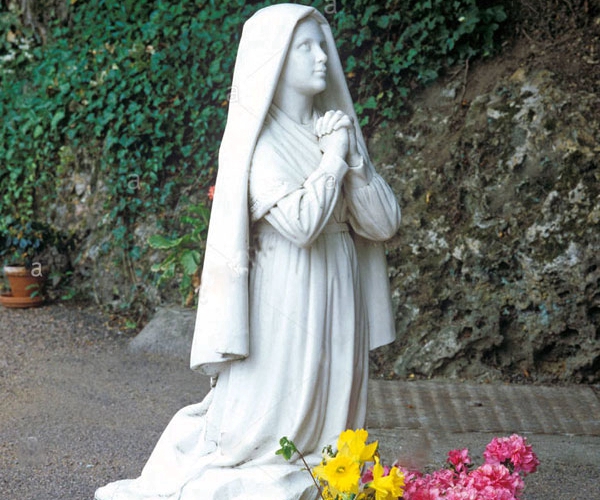 This catholic sculpture saint Bernadette statue is a famous statue that appears in a cave on the outskirts of Lourdes. St. Bernadette statues can be placed in gardens or used to decorate churches or schools. It is the most unique of all decorative elements. It is the best way for a believer to express his or her beliefs. It will give you great encouragement in life. 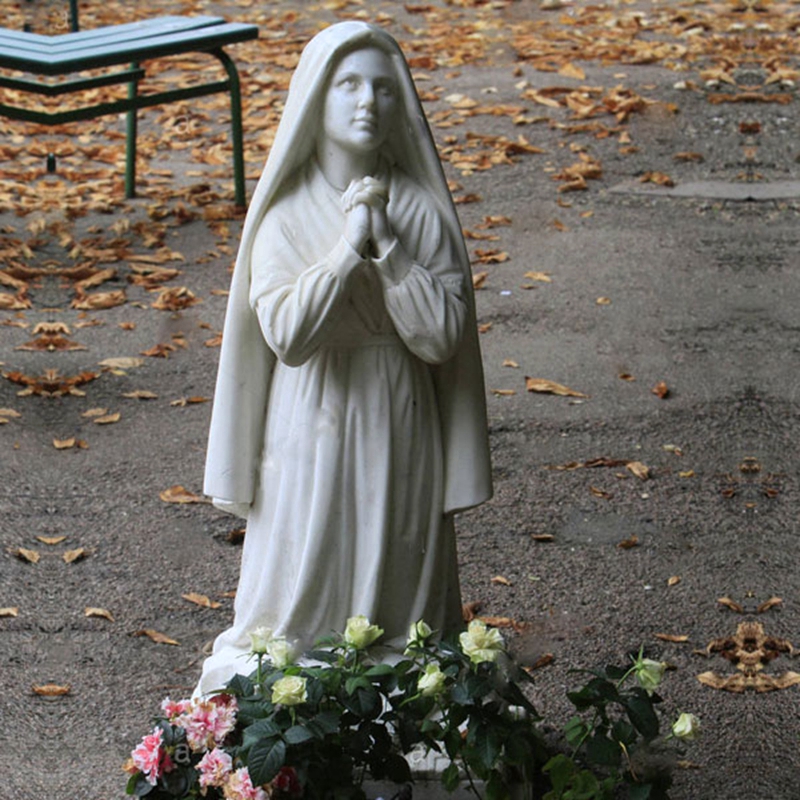 This catholic sculpture saint Bernadette statue is praying in the most devout manner, reminding us of the sacred encounter of Saint Bernadette, a 14-year-old farmer girl in Lourdes, France in 1858. The Virgin described herself as “the Immaculate Conception” and told Bernadette to dig a place underneath her standing place. From that place, the water flowed out, magically healing the diseases of the world. 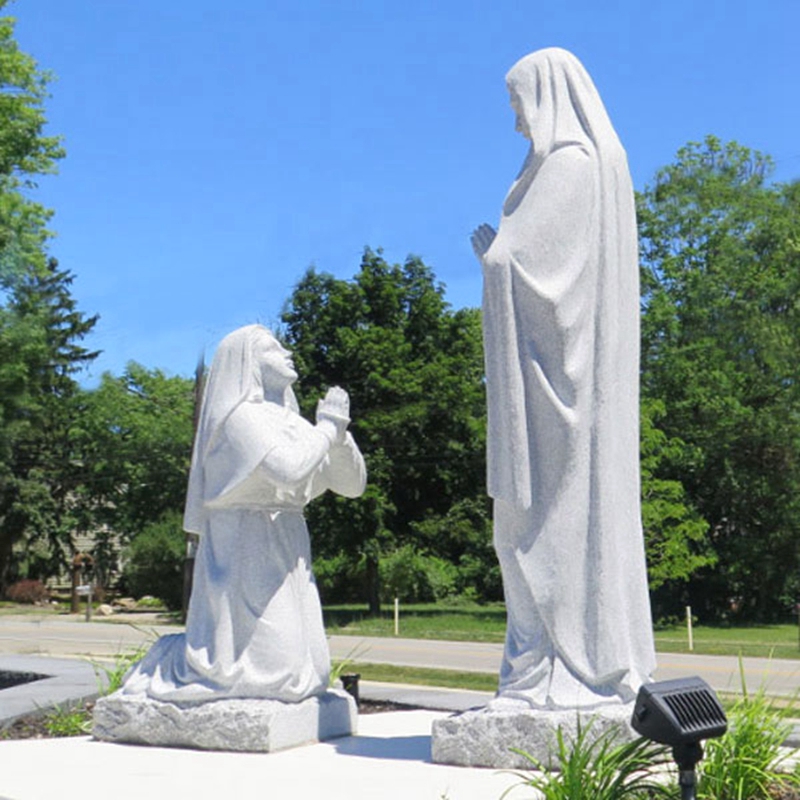 St. Bernadette is known as the patron saint of disease, poverty and disease. As a young girl, her life is very difficult, but she never complains, she lives a very humble life. At the age of 14, Bernadette had 18 visions of the Virgin in a cave on the outskirts of Lourdes. Although she was suspected at the time, she was later enshrined in the Catholic Church. Lourdes has become one of the most popular places for religious pilgrimages. 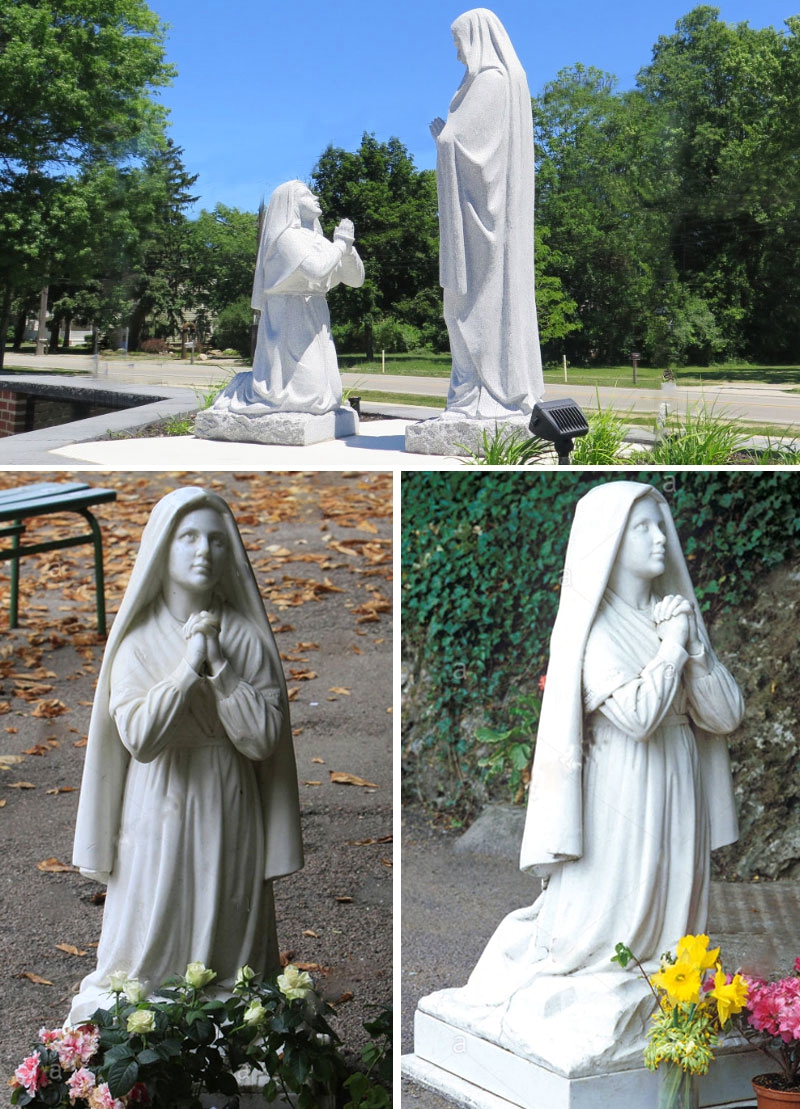 As for the production of the catholic sculpture saint Bernadette statue, we were inspired by the various statues in the hills above, Italy. It is made from high quality marble and can be clearly seen from the surface of the statue. And our engraver gives it a more agile life, and he looks more realistic. And St. Bernadette will appear with the Lourdes. 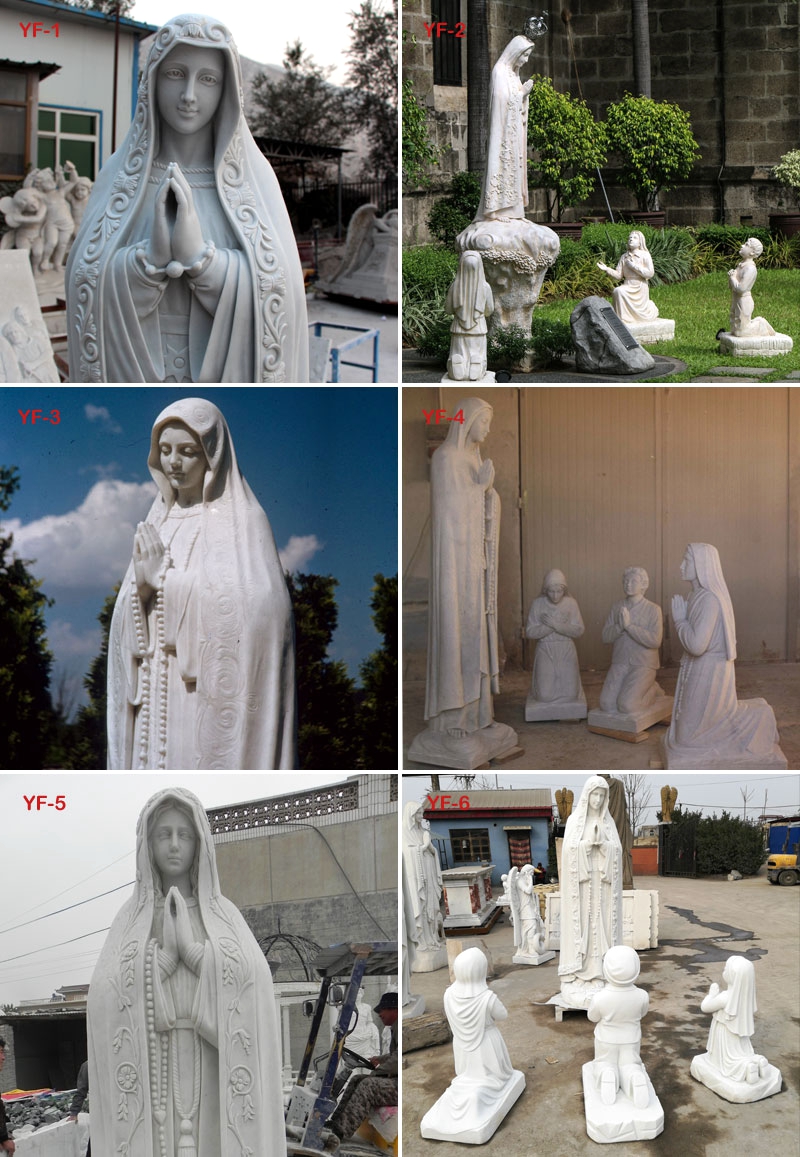 In addition to this catholic sculpture saint Bernadette statue, You Fine also produced a series of statues of the our lady of Fatima and three shepherds, Jesus, St. Francis, etc.

Whether you want to decorate your garden with that style, you will find the religious statue you like here.