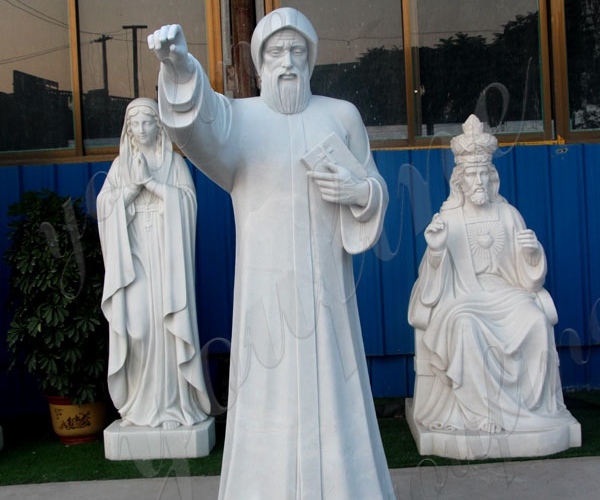 The white catholic saint Charbel with bible design statue is a very famous statue. Often used to decorate churches and gardens. Because of its very delicate production, it is welcomed by many people who love the statue. They think that the statue of a saint in the garden can make them feel relaxed in their busy lives. 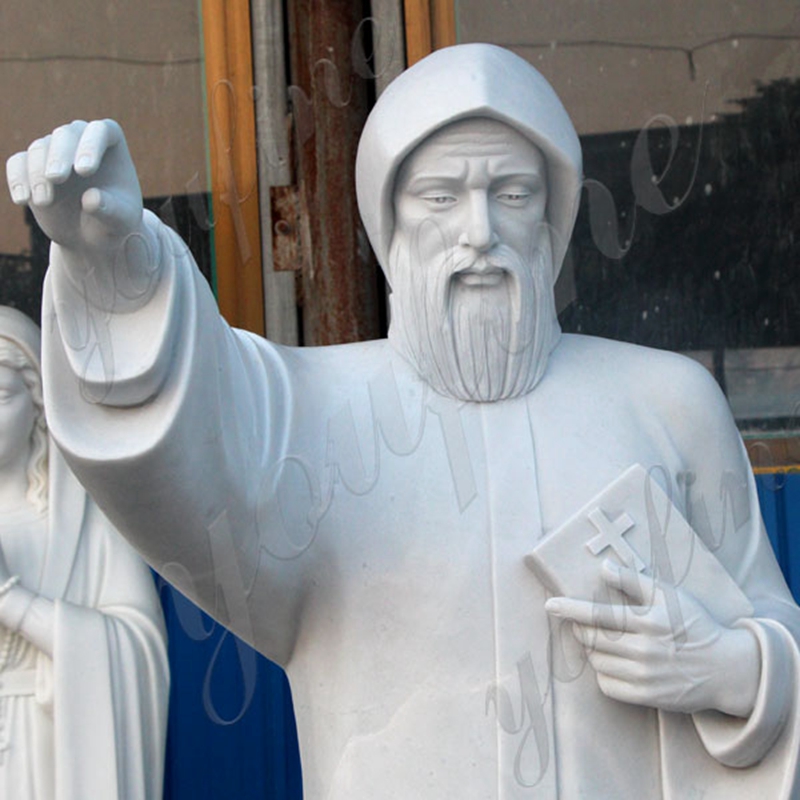 The white catholic saint Charbel with bible design statue represents “is the result of a wish and an oath.” There is a huge statue of St. Charbel in the town of Falaya, according to Fady Noun. Michel Salamé, president of Faraya Town, supports it all. It began with the idea of using the area more as a tourist attraction. Here is a story about saint charbel. 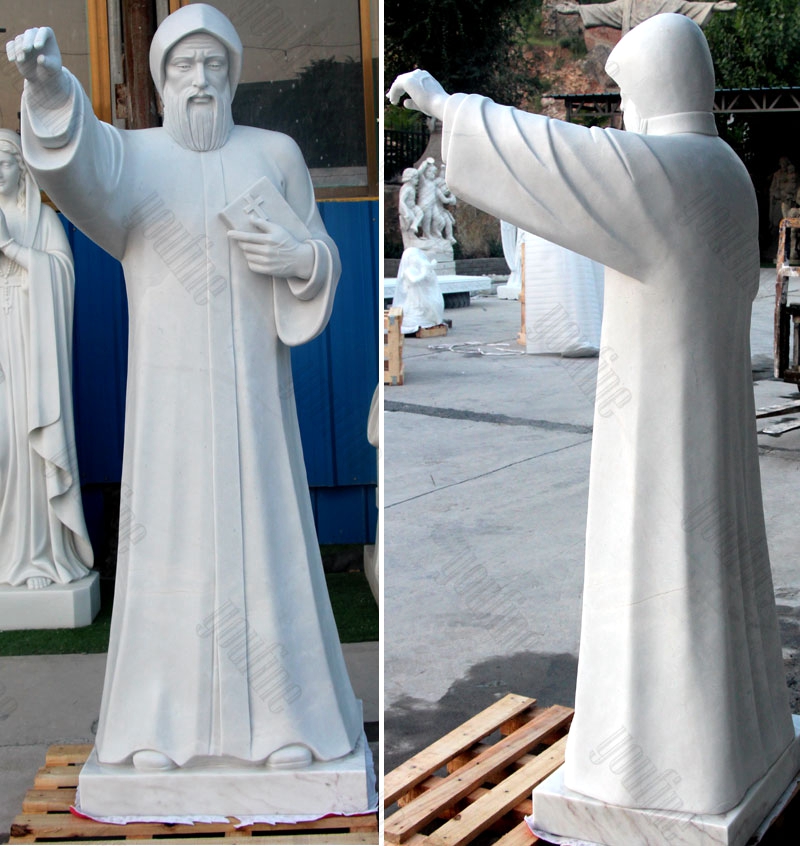 The Lebanese French newspaper explained, “Just like the opportunity, his nephew, the same name, suffered from meningitis in 2016”. According to the young Michelle’s parents, the comatose child eventually recovered because of the combination of the magical factors that medicine and San Chabel’s intercession have played a role. Therefore, “the promise of the President of the town of Faraya and the little parents of Michelle vowed to start the project together.” 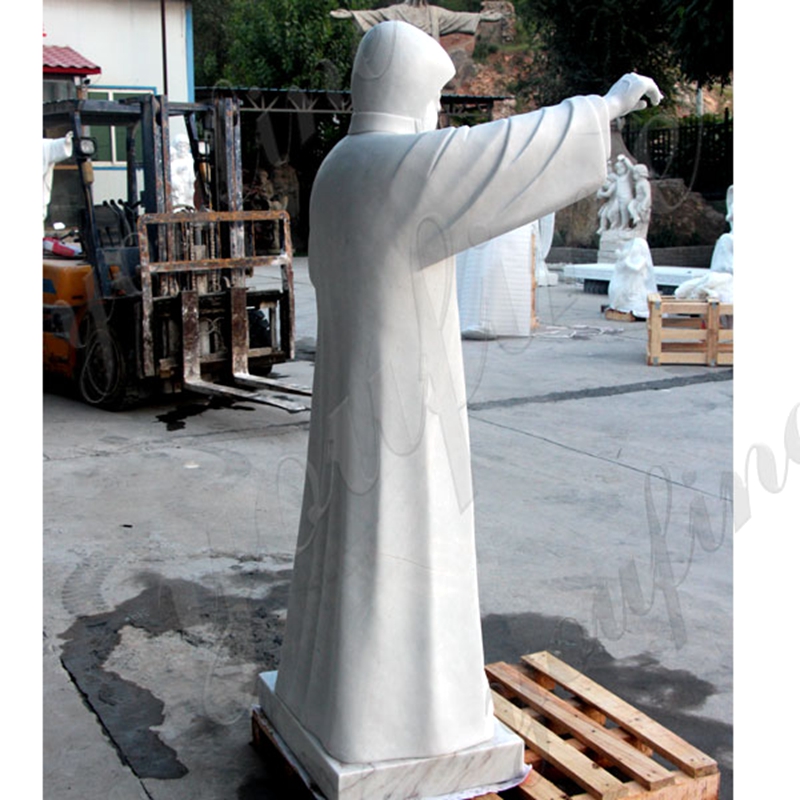 The white catholic saint Charbel with bible design statue is a life size. It is placed in its own garden by many interested believers, and they hope that charbel can help them achieve their wishes. It is a symbol of our desire to hold the Bible and communicate with God. There will also be an inadvertent decorative effect in your garden. 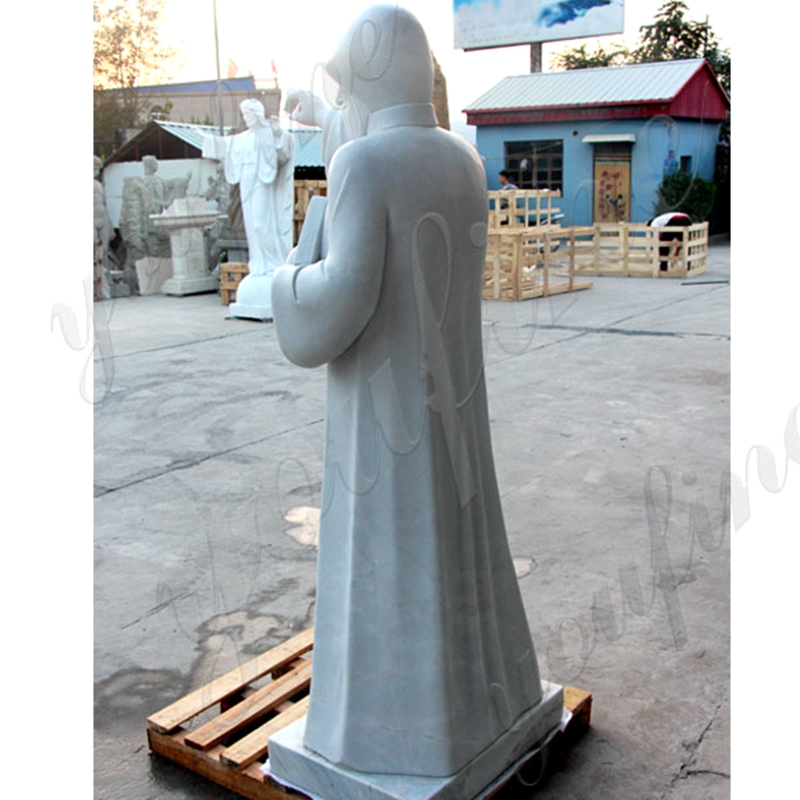 We would use professional wooden case packaging, wrapped in a variety of soft cotton cloth, together with solid support, make sure that product could safely delivered to you.